Putting Soil First – How To Clean It Up 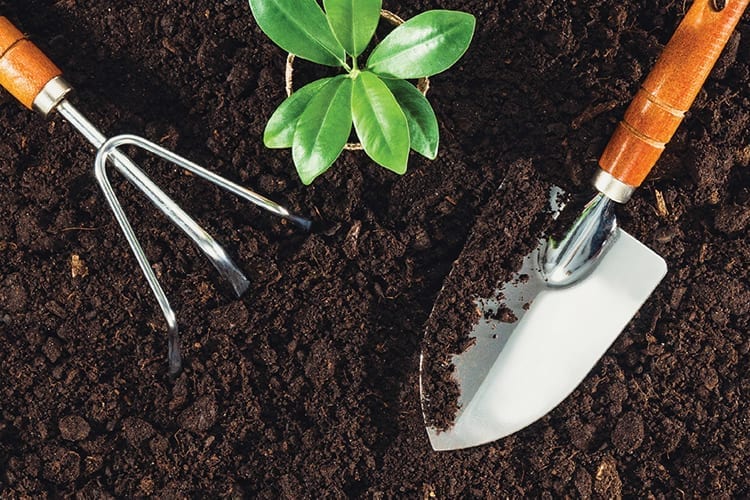 A potato farmer from Harrismith is changing the way we look at soil.

Potatoes – just add butter and you have the perfect side dish, whether they are boiled, mashed or fried. We all eat potatoes, and in most households no meal is complete without this starchy tuberous crop. But, and here’s cause for concern, do you know where your humble potato comes from, and what it contains? Has it been grown in clean soil? After all, we are always told that we are what we eat.

James Leslie, a progressive farmer from Harrismith in the Free State, knew where his potatoes were coming from and where they were going, and decided to make what some farmers might call a radical change to his approach to farming.

James’s company, Sesisonke Farming, was founded in 2005, and the name is particularly apt. ‘Sonke’ means ‘all of us’ in Zulu, a description that encompasses who the company is and why they are doing what they are doing. So what are they doing? Essentially, Sesisonke Farming is trying to grow cleaner food using cleaner soil, which obviously benefits all of us.

James started questioning their methods of farming after taking his young son to the fields with him one morning. As children do, he was playing in the soil and eating it, and James had to stop him because of the poisons in the soil from the pest control products he was using at the time. When the soil is poisonous it’s time for change. It was then that James decided to plant in virgin soil (virgin soil is soil that has never been cultivated before). As you’d expect, he was apprehensive about his yield, especially relative to the yield from his conventionally farmed lands.

But after harvesting and finding that the ‘virgin soil’ potato yield was higher than the previously planted fields, James knew the future was in balanced soil. He started to learn, discovering that soil health is not just about adding nutrients but feeding living organisms such as bacteria and fungi living within it. According to this new theory, soil should be seen as a functional whole, an ecosystem. After returning from a seminar hosted by Graeme Sait, a world leader in the knowledge of healthy soil and the direct impact it has on our health and planet, James started implementing the principles to attain a healthy crop while building soil health.

In the last few years, we as consumers have been made aware of words like organic, sustainable, wholesome, nonchemical and natural. The perception is that a farmer has to go to great lengths to attain these labels, but even if they do, do we as consumers even understand these global demands?

When he delved deeper, James was surprised as to the lack of knowledge available on how soil functions in a healthy environment. He did, however, bump into likeminded people during his research, like those at Madumbi Sustainable Agriculture. They found a common purpose to challenge and change traditional ways of practising agriculture and revolutionise the farming industry with the goal being to produce nutritious, uncompromised food for the nation.

By focusing on conditioning and building the soil over more than a decade, James now plants in a humus-rich biosystem. This results in softer, more fertile soil, and softer soil equates to less tilling. Less tilling means that the microbes don’t get disturbed and destroyed, and microbes add to the health of crops. Healthy crops are in turn less prone to disease, and that means less chemical applications are required.

“Over the past two decades, human health care has evolved from reactively reaching for medication and anti-biotics to proactively improving overall health, wellness and fitness. It’s time to do the same in your garden.”

To further build the soil, James plants as many cover crops as possible, after harvesting his main crop. These crops are then incorporated into the soil as green manures adding valuable organic matter into the cycle. Keeping living roots in the soil guarantees that the microbes are fed, and by bringing animals to eat these green crops he ensures that the fodder is recycled and the nutrients are put back in the soil by the excrement of the grazing feeders

On my visit to James, he explained the life of soil so well. He said, “It’s like looking at the ocean’s surface. All you see is blue and waves, but once you go to an aquarium and submerge yourself you realise the enormity of life below the surface. It is the same with soil – under a microscope you can see the millions of functioning microorganisms that inhabit that space below the surface. They all have a role to play.”

Every time James plants a crop, every hectare is planted with compost, to boost the levels of organic matter or humus (partially decomposed organic matter). The humus retains moisture and keeps soil temperatures moderate. This is also big-scale worm farming, as James uses vermitea (worm ‘wee’) as an additional fertiliser. Thanks to these practices, James has maintained a steady yield even through Harrismith’s drier years, mostly due to his healthy soil and its humus content.

By understanding what the soil needs to function as an ecological community and the impact good soil has on food production, James and the Sesisonke team, with the help of Madumbi, have guaranteed good health, for the soil and for you.